Looks like it’s about to go a bit smelly for Morty and his Death Guard!
February will see Mortarion and his Legion turn to Nurgle in book 54 by James Swallow. Also, Malcador sounds as though he is a big character in this book. 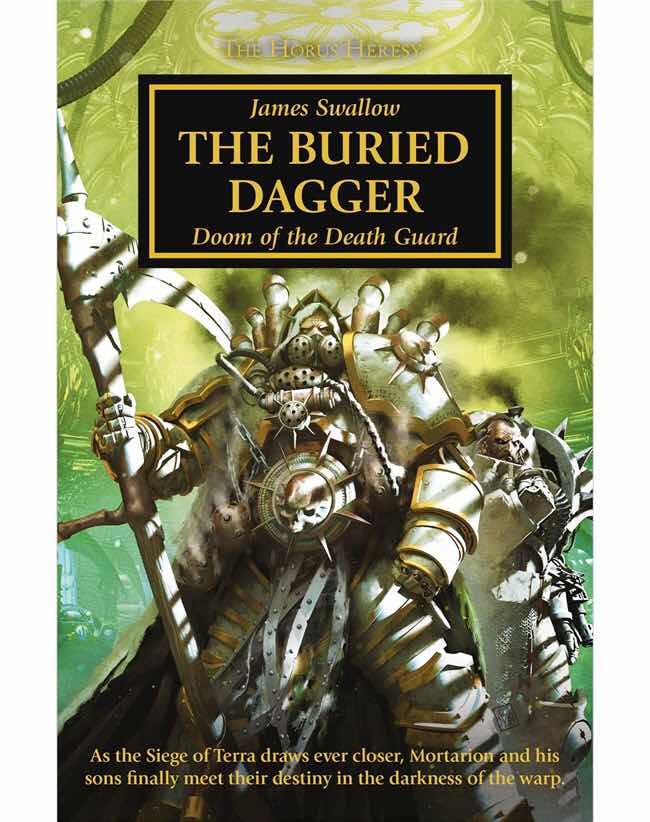 DESCRIPTION
The skies darken over Terra as the final battle for the Throne looms ever closer... As the Traitor primarchs muster to the Warmaster’s banner, it is Mortarion who is sent ahead as the vanguard of the Traitor forces. But as he and his warriors make way, they become lost in the warp and stricken by a terrible plague. Once thought of as the unbreakable, the legendary Death Guard are brought to their knees. To save his Legion, Mortarion must strike a most terrible bargain that will damn his sons for eternity. Meanwhile, in the cloisters of Holy Terra, a plot is afoot to create sedition and carnage in advance of the Horus’s armies. Taking matters into his own hands, Malcador the Sigillite seeks to put a stop to any insurrection but discovers a plot that he will need all of his cunning and battle-craft to overcome.

This title will be available to order from the 23rd February 2019 as an eBook and Hardback.
Cant wait!
Drake Seta
Posted by Drake Seta at 11:01