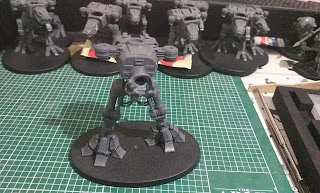 I've finished building the last of my titans and knights  well, at least until further cerastus variants are released to bolster my support banners and dominus maniples. The reavers are the new melta cannon variant that were made with the different head; the good thing is that it is only one sprue different to the older reaver so they can be magnetised in the same way and the weapons are entirely interchangeable so a bit of win in that regard. I really like the look of the melta cannon and the chain fist combo for an aggressive close-range attacker 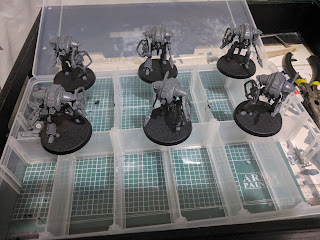 I've built all 6 of my lancers along with all the weapons from the plasma annihilator upgrade sprue - now my warlords have some variety in terms of weapons and armour paneling like the rest of my titans. 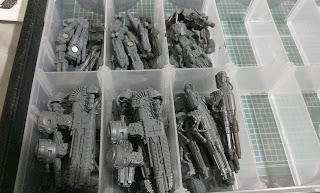 Did any of you buy the warlord upgrade sprues by themselves or did you buy the plasma annihilator warlord titan kit (or both)?