Good evening all.
As promised I've returned with a little more love for the ones in midnight clad. I thought it was an ideal time to hit up a post about my character selections for my Night Legions force with the newest of the bunch appearing in Forge World's Book 6 Retribution.
There are a lot of gamers who define their forces with the characters that they take but I tend to approach this selection from a slightly different angle. Characters can be a real force shaper for an army so I like to cover my bases and include more characters than a standard FoC allows, this primarily allows me to swap out certain characters depending on what game I'm playing or what opponent I'm playing against.
My Night Lords are no exception, and especially with the plethora of options available to legion forces. 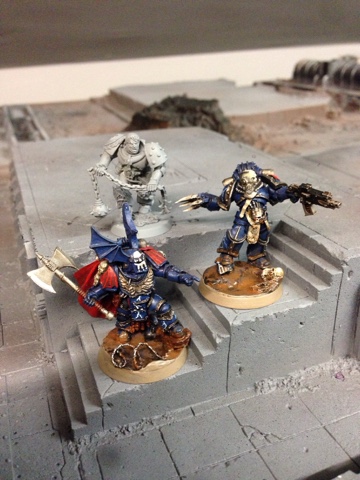 Firstly is my original Ophion (who has no received rules and possibly a new model) I was quite pleased to see that my incarnation was armed in the same manner as the Ophion just identified by Forge World. This was just the standard artificer armoured Praetor model with a little helm embellishment taken from the 40K chaos Night Lords upgrade pack. 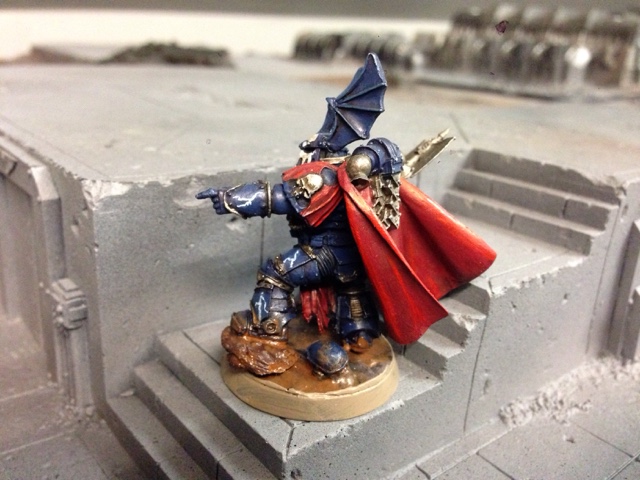 Next up is my Praevian Consul. I have a growing mechanicum force and so being able to have cross over models is a great way of adding to an army quickly and cheaply. I used the Narik model for the Praevian but opted for legion pads, lightning claw and bolter, promarily to make him fit aesthetically with the legion but the bolter also gets best use out of his special rules. 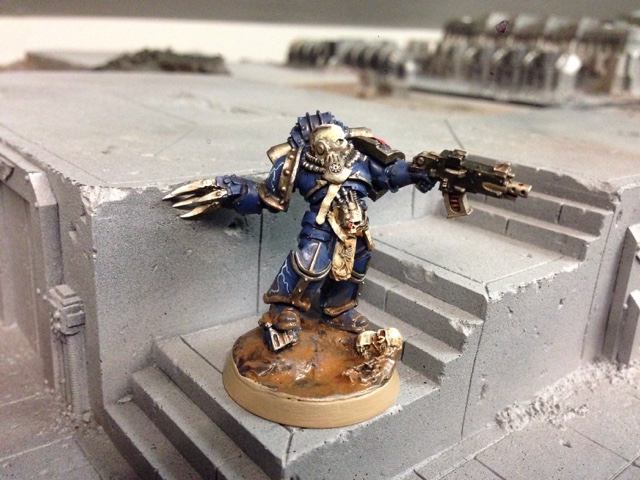 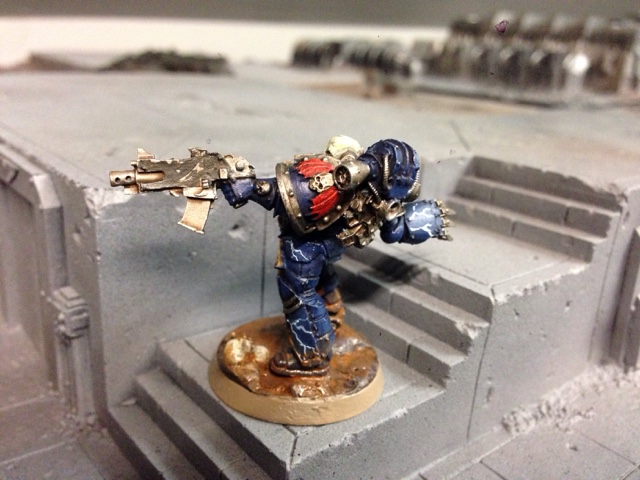 My next consul is a legion champion (of the Raven Guard) Alastor 'The Raven' Rushal. I loved the interplay between Rushal and Sevetar in the Horus Heresy novels and wanted to build one. I've tried to make him true to the books (although the jury is out on whether he has short or long hair) so I've defiled the Raven Guard symbols and scarred up his face to represent the ministrations of Jago. The build was using bits from the Heresy range, Cpt Korvidaye and a plastic Blood Angel head. He's armed with a meteor hammer as in the text but unfortunately that's not an option for legionaries outside of the World Eaters Legion so for now I'm using it as a double thunder hammer load out, not ideal but perhaps he'll get rules in the future. 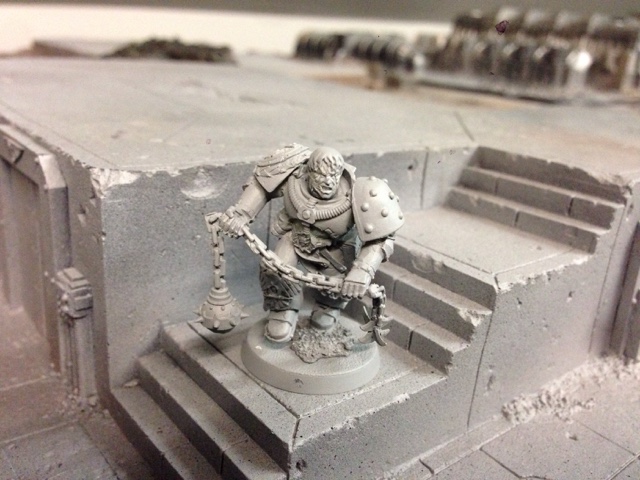 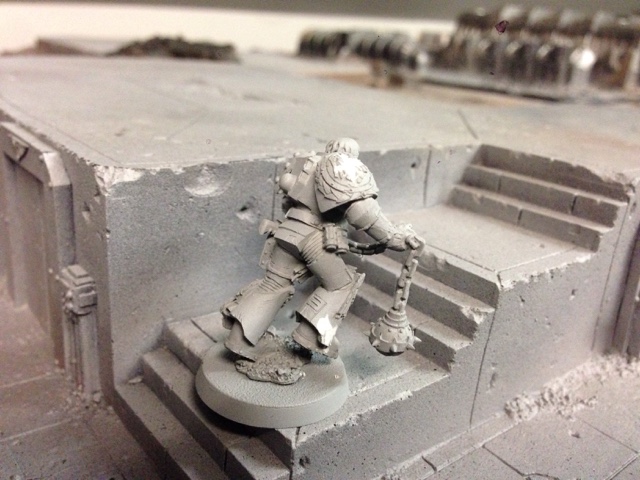 He's very much still work in progress, but the prime coat has allowed me to see him as a whole model so I can now go back in and spot fix mould lines etc before I begin to paint.
My next plan is to do some more recognised characters such as Sevetar and Curze himself but also a Forge Lord, Primus Medicare with jump pack and some apothecaries and at least one librarian.
As you can see the cast of players is widely spread to not only maximise the flexibility of my force but to also ensure characters can accompany units in their respective flyers.
I'm hoping to get Rushal painted up soon and on a fancy base.
Keep watching the skies.
KF
Posted by King Fluff at 21:19