I'm back to show you another completed unit for my Iron Hands! With the Purokar League campaign underway I've finally managed to complete the Sorrgol transfers on my tactical marines. I have previously shown you first tactical squad Maximin, however I have since added the transfers to them as well and made a few changes, so I will post again about them soon.

So below is second tactical squad Castinus, named after its sergeant Ioseph Castinus like the first squad is named after first sergeant Alexander Maximin. 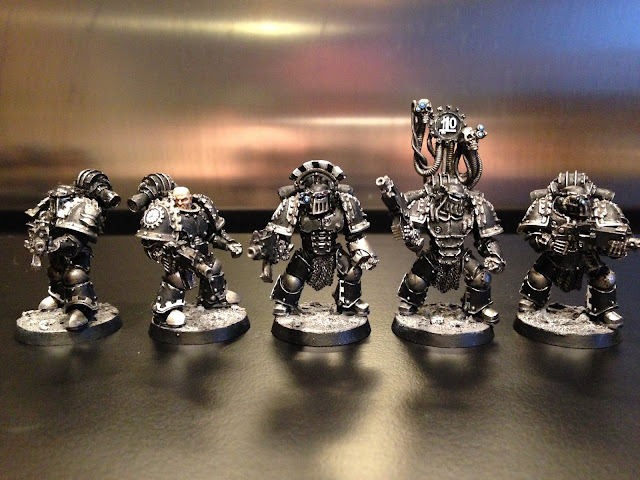 Like Maximin, Ioseph Castinus is armed with a power fist and bolter. 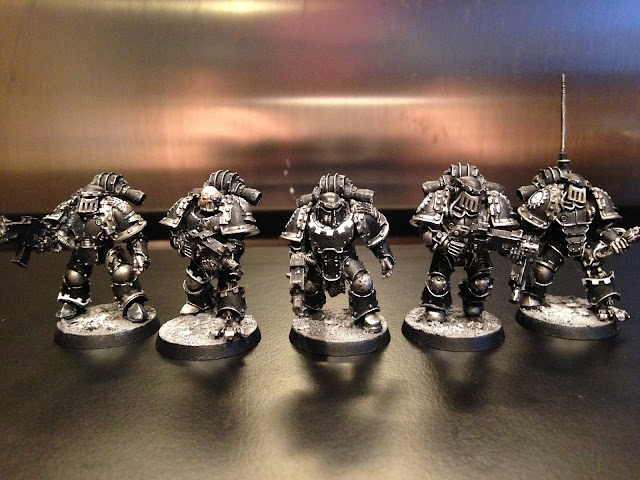 I have also marked the underside of each base with a sliver dot so each squad is always deployed together for battle. I am also planning on adding a despoiler squad to the force when I have the chance too.

I'm also just going to show you some close ups of my favourite marines in this squad. 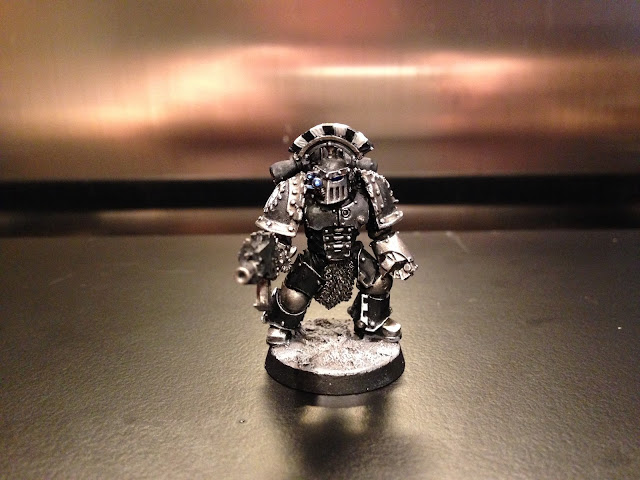 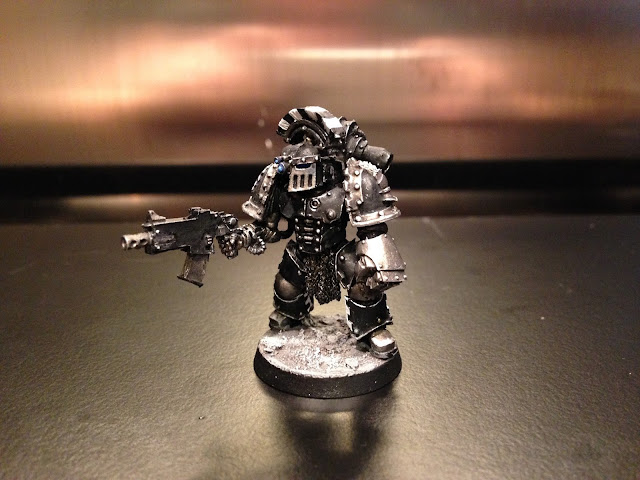 I have tried to find as many alternative heads with bionics as I can for my Iron Hands, the one below is from a 40K space marine kit. 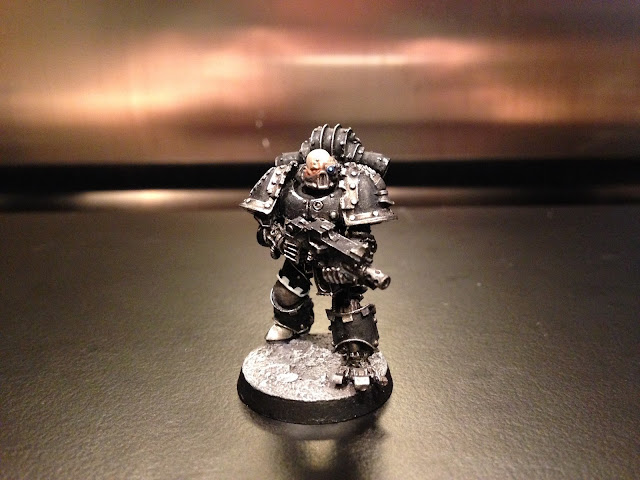 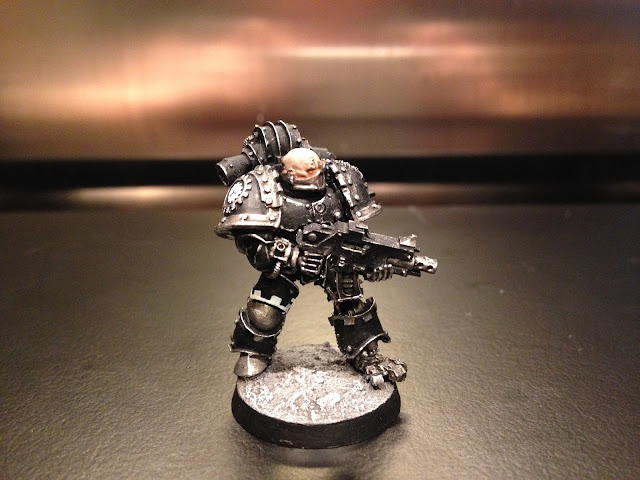 On the marine below I have painted a free cog around the neck of the marine to add some character and alternate markings to the squad. 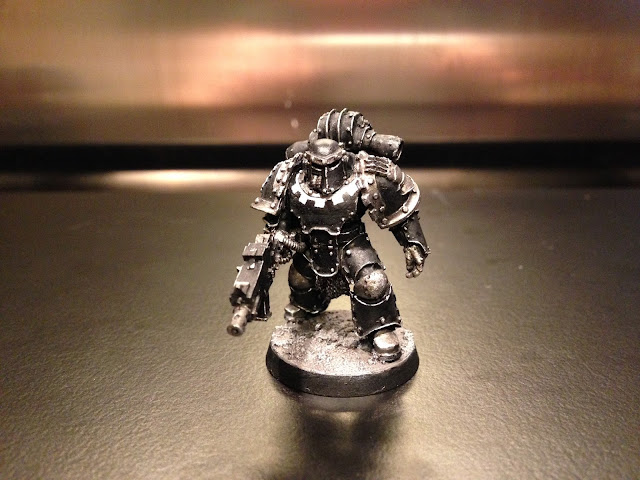 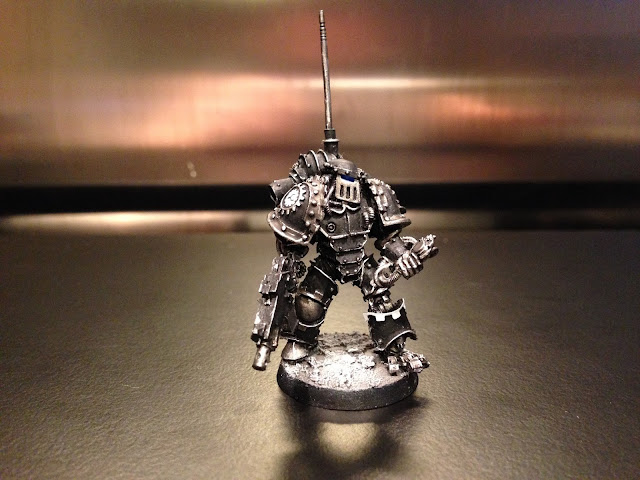 So I hope you like the tactical squad, my next post will probably show my work on my next contemptor dreadnought.

There was a problem when I posted this originally on the 2nd of July, as blogger thought it would post it way back on the day in June when I wrote the post lol. So thanks to Eddie for his comment about Anvil industries, I'll definitely check them out! :)

I hope all of your projects are going well!