Having struggled to find some hobby time recently, it was really good to finally sit down and get some good hobbying in! I have now managed to finish assembling what I had left for my First Company. The only thing left to add is some rocks on the bases and hopefully I can get them base coated in the next week.

First up to finished was the 10 Reavers, with these guys completed it brings me up to 30 Reavers. The 10 that I have completed include 6 Special weapons, 2 for each unit of 10. I included 4 meltaguns and 2 plasma guns. 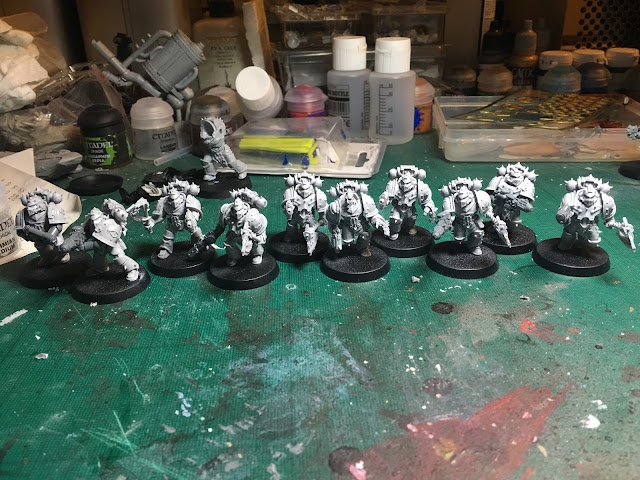 The First Company wouldn't be complete without the characters to lead it. Abaddon is the man that will lead the force most of the time but to add some more options I wanted to create some of the better known characters. To that end here are my interpretations of Kalus Ekkaddon (leader of the reavers) and Falkus Kibre (leader of the Justaerin). 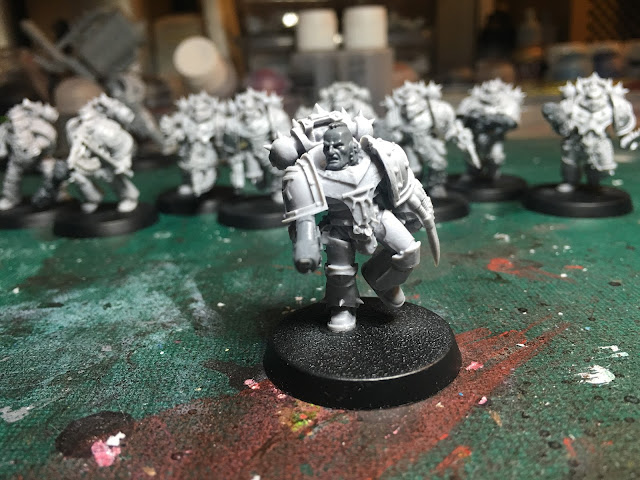 I have him armed with a lightning claw and a plasma pistol. These seem like good fits for his character. I believe that he was described in one of the books with a pistol and sword, but this seemed a bit to similar to standard reaver so I decided to go with something a little different. 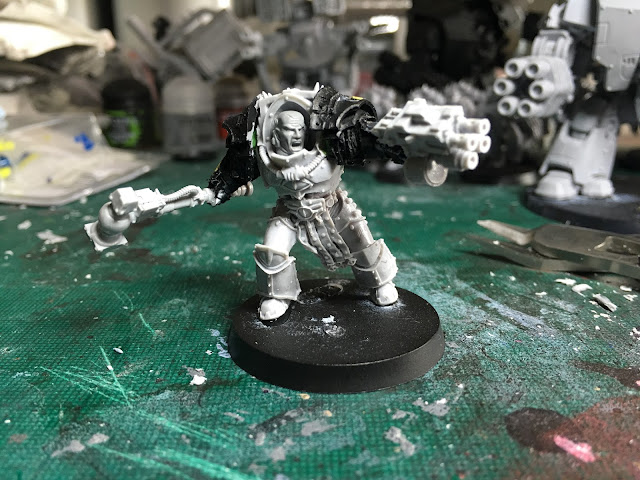 Originally, you may have seen, I had him armed with a sword and volkite. I liked this but I didn't quite feel right, a sword and volkite didn't seem brutal enough for Kibre. I swapped it out for a combi-bolter and thunder hammer.

Last up in the construction queue were 2 dreadnoughts. I had planned to use these 2 models elsewhere in other projects but I couldn't work out which legion or project they would fit with, so decided that they would fit well with the First Company. 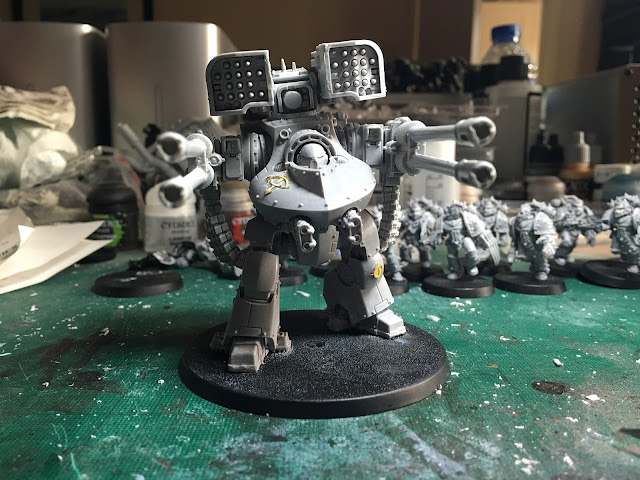 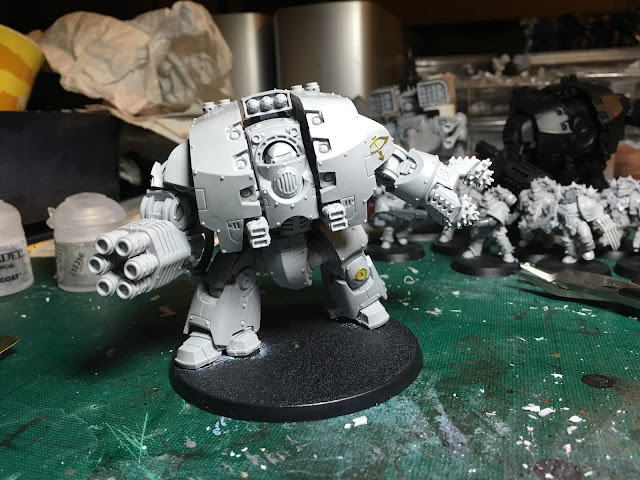 Leviathan with cyclonic melta lance and siege drill. These 2 will add some extra fire power to the Company and provide some anti tank, which will free up the Justaerin and reavers to take on the infantry.

Next up will be getting these base coated ready for painting. Once that's complete everything that I had planned for the First Company will be undercoated and they will be one step closer to completion.

I will be having a break from painting the SoH though as I need to spend some time getting some Orks painted ready for my local clubs tournament at the end of September, as well as getting a few bits ready for an upcoming campaign with Kaelo. I have 2 Trukks, 10 boyz and 1 nob that I need to complete but I will add in a few extra of each to help boost my painted numbers!