Today I'll take you on the first step to a journy full of madness and warp-taint. Of course I'm speaking about the chaos-corrupted elements of my Word Bearers. I started with my Blade Slaves as these just need two models to be finished - but there is more to come ... hope you enjoy them :)

Bearers of the Blessed Blades, Hosts of the Unspoken Demons, Honourguard of the Crimson Apostle 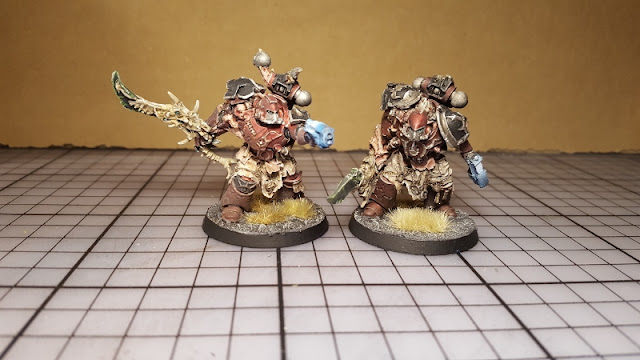 There were always those who hungered for power beyond their appointed measure, even amongst the Legiones Astartes long before the dark days of the Horus Heresy. After their humiliation and censure by the Emperor and the XIIIth Legion, this became doubly so within the Word Bearers Legion as the sting of their fall left many within their ranks feeling powerless and cast adrift from the bedrock of their beliefs.

For the Legion as a whole this would mark the start of a perilous path and for some within its ranks, it ignited a hunger that could not be denied. It was on such morbid cravings that Zardu Layak, the Crimson Apostle of the Chapter of the Unspeaking, preyed, with baleful gifts in mind to bestow on those whose ambition outweighed their caution, and whose hubris overwhelmed their fear. These gifts were the Anakatis blades, dark relics of the time before Mankind, weapons which must be ritually given and freely accepted to work their doom for such unearthly might do they promise to any warrior who grasps them, but only if that warrior's spirit and will are strong enough to master the beast within the blade - it never was, Zardu Layak saw to that .... 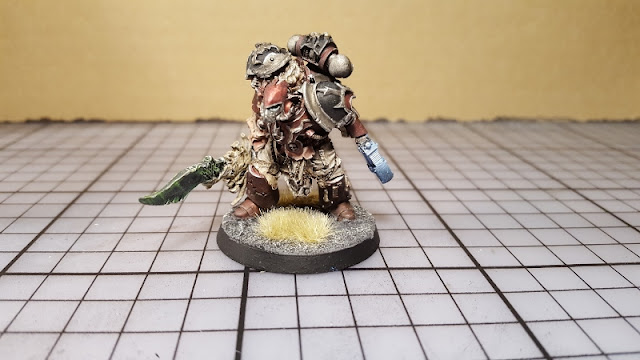 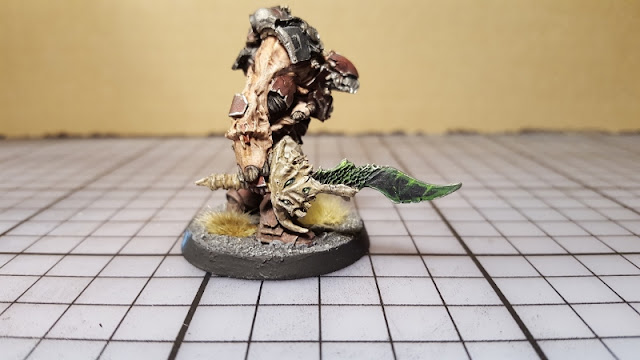 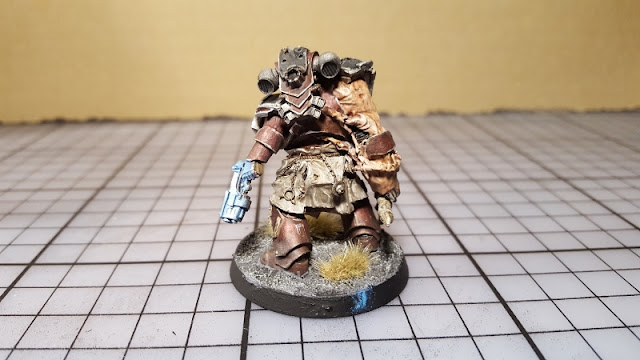 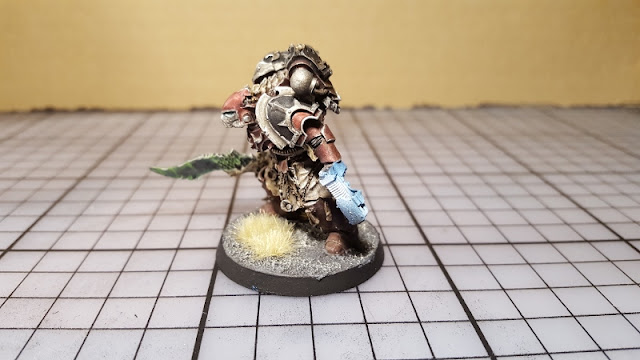 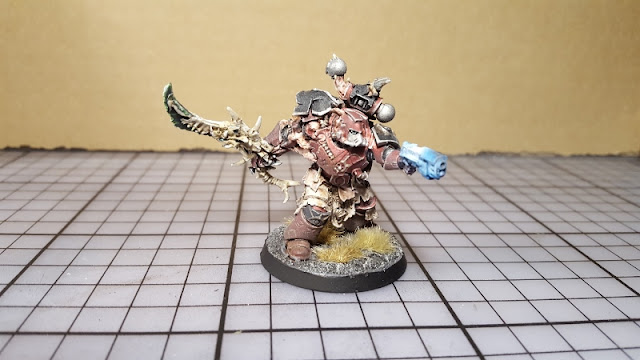 Note: Anakatis Blades. Only two of these weapons are known to exist. Believed to have been discovered by the Crimson Apostle, rammed through the chest of a towering alien-carcass mummified by untold millennia on a dead world on the very edge of the Ghoul Stars, years before the outbreak of the Heresy. 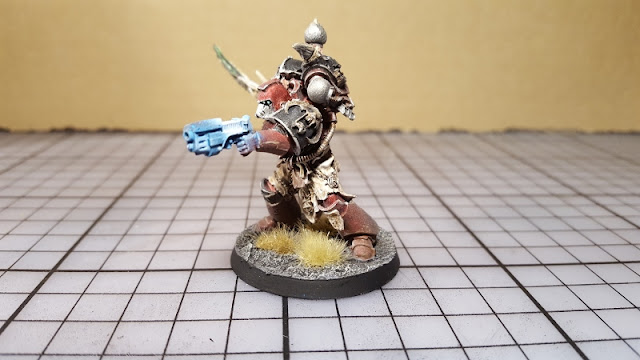 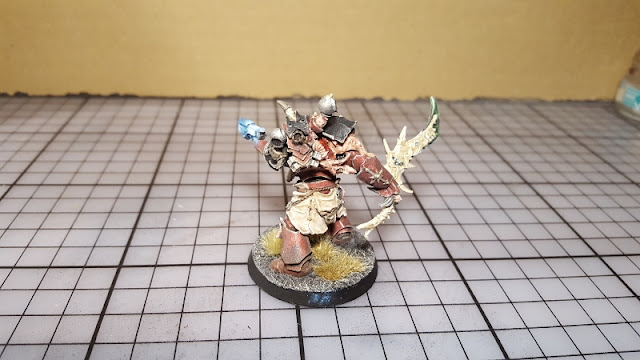 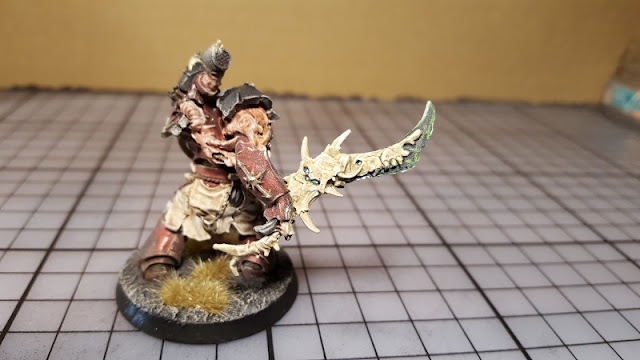 Note: Sinister and coiling entities have been trapped within the blades by some Xenos long ago, entities that whisper promises of untold might and power, but such promises are only bought at a terrifying price to both body and soul.

Hope you liked the first two possessed - stay tuned for next week - hopefully with Zardu Layak :)