Hi all. Been a good one all round this week. So let's see what has been happening. 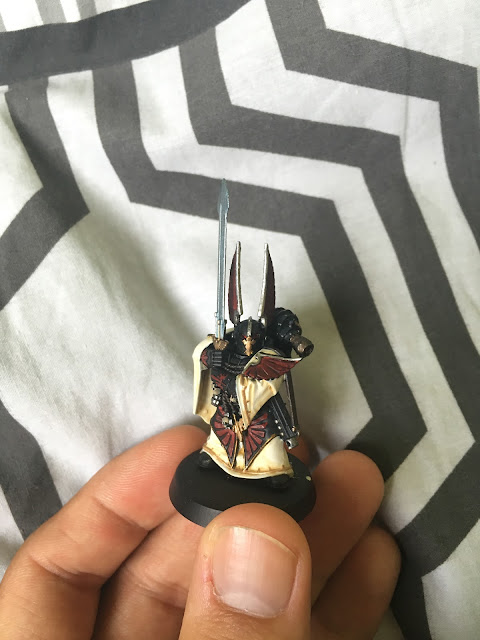 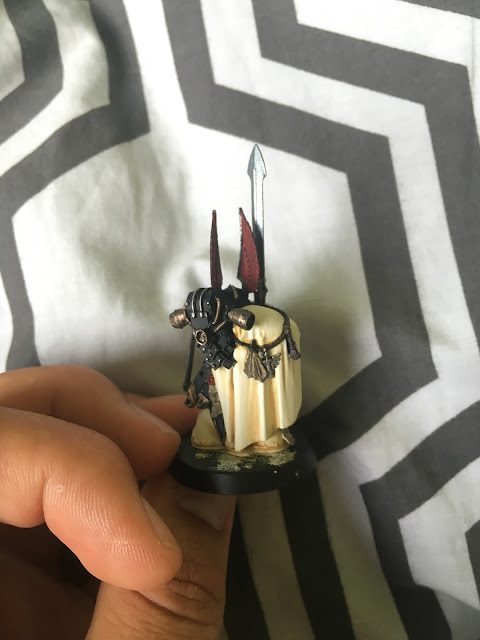 Castiel Druas has been working on his Chapter Master this week after returning from his honeymoon (Congratulations once again from the Battle Bunnies). He hopes to finish it shortly. 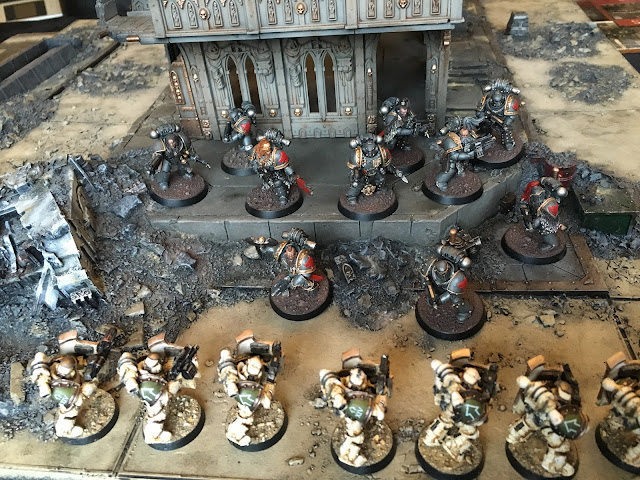 Drake has finished his first Vlka Fenryka squad and is planning on his next project. He should be continuing his two Legio Mortis Warhounds this week, but with a house move approaching it may be slow going until mid October. 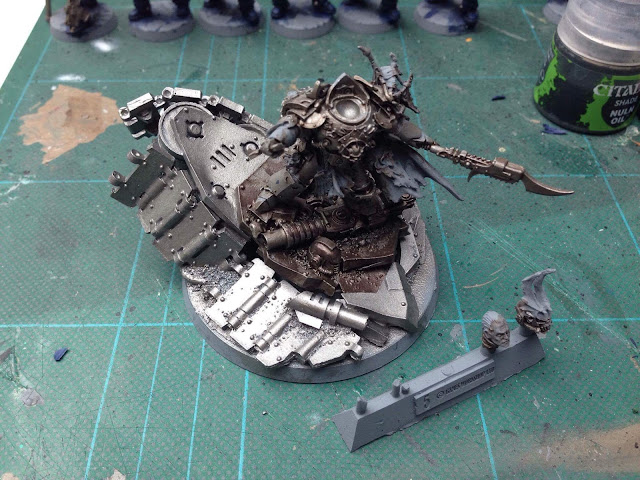 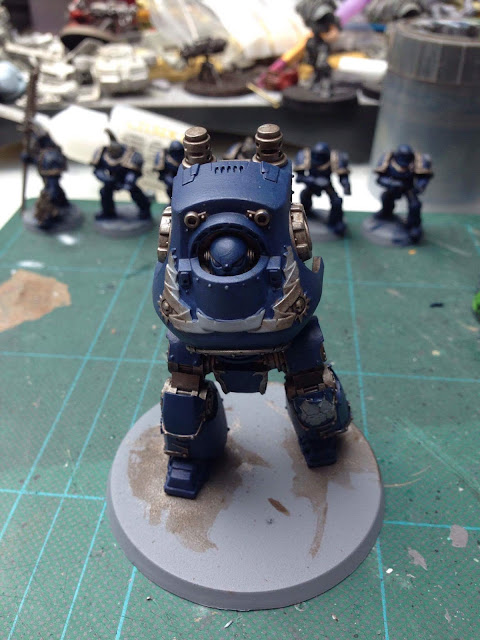 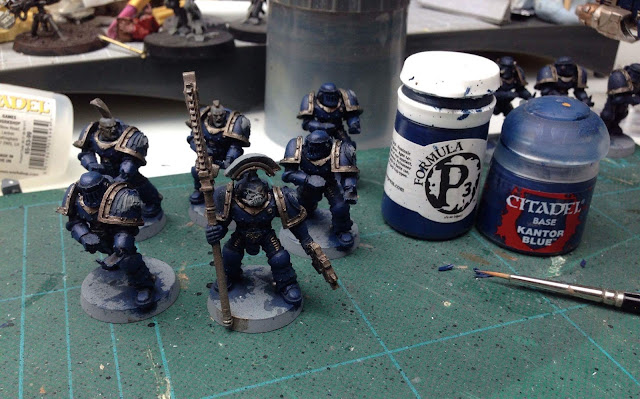 This week has been a slow one for King Fluff but he is back on the Night Lords fun bus. This week he did the base metals on Sevetar, the base blue in a contemptor from his talon and the top blue on nearly half a tactical squad. He's hoping to wash the contemptor and finish the blues in the tactical squad tonight. 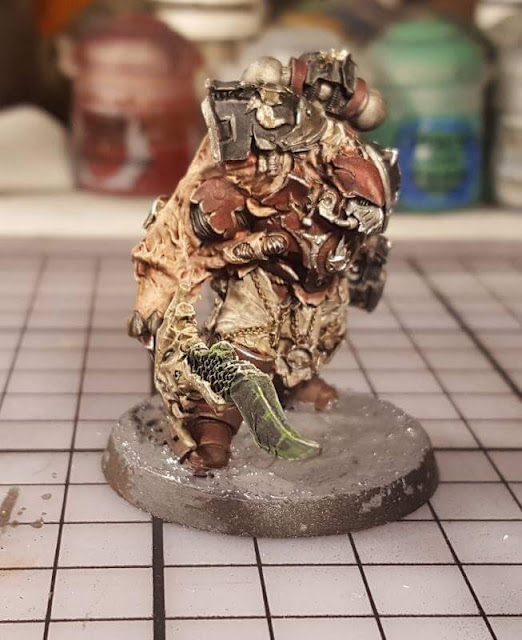 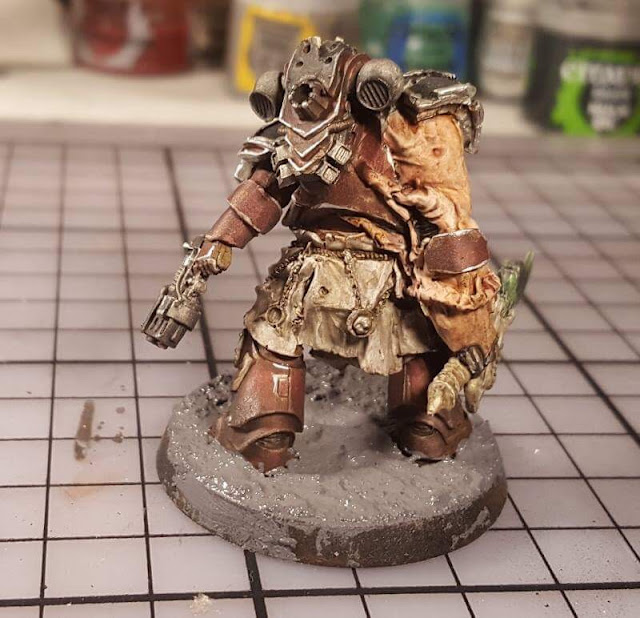 Atia started to paint her Anakatis Kul Blade-Slaves - they are still WIP but coming along nicely. 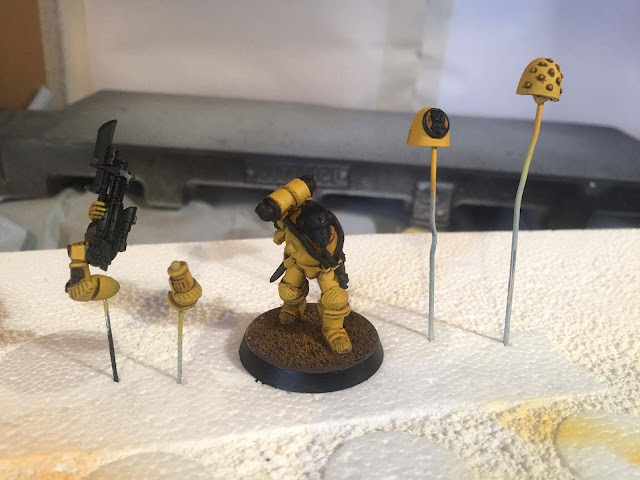 Tylar has been using his hobby time this week to build and paint the 'Imperial Space Marine' model. With the addition of a MK VI Imperial Fist shoulder pad to make him legion specific look out for the completed project this coming week. 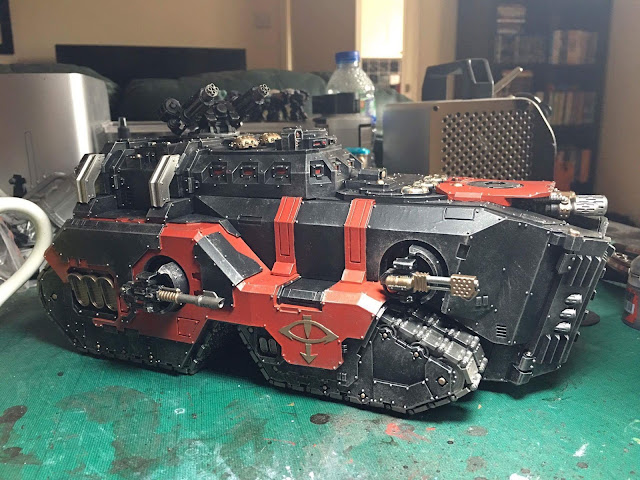 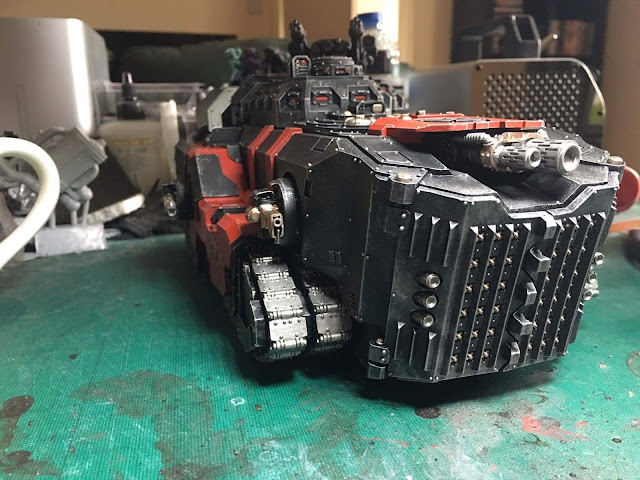 Darien has been continuing work on the Mastodon. The base for the brass is now very nearly complete on the outside, with only the gun on top to do. The brass on the inside is next.
Kaelo is continuing his break from 30k to paint some Stormcast. He will be returning to the universe soon but until then, look out for the rest of his Raven Guard in the coming months. He is waiting for the delivery of the Kill Team box set too for inspiration in his first campaign on the blog.
Thanks for following us.
Posted by Drake Seta at 20:55