Team: Buchafen Bees
Race: Human
Captain: Meinholf, No 6.
Coach: Farald Rheingold (Human)
Colours: Yellow, black and white
Team Motto: "If nothing else works, a total pig-headed unwillingness to look facts in the face will see us through"
Owner: Hector Cephas 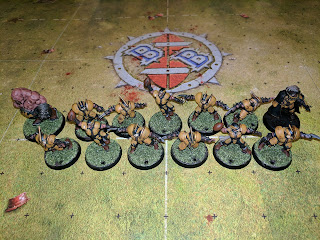 "Some people believe Bloodbowl is a matter of life and death. I'm very disappointed with that attitude. I can assure you it is much, much more important than that.

"It's all about the two M's - movement and positioning. Slodar has still got the same legs as he did five years ago and the ageless 30-year-old Bosch will see us through alright.