Today it’s the turn of the Raven Guard to have a preview of the new rules for 2.0! They have lost quite a lot of units and rules in the new edition. They haven’t seen much love in the way of miniature range, hence why most of the units have gone. Hopefully they will get some love in 2.0! 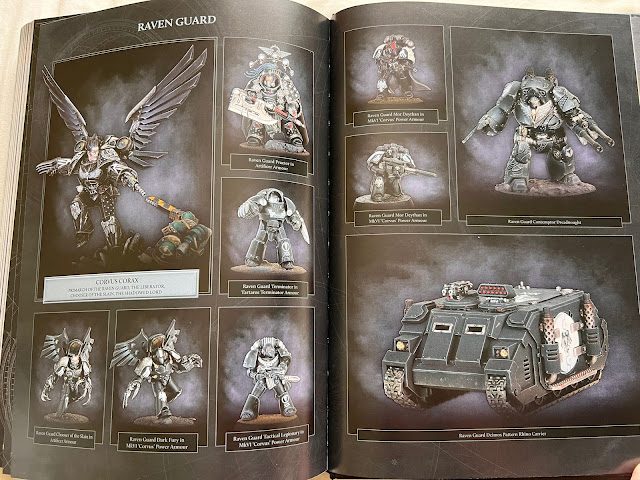 Raven Guard get a special rule based on it’s unit type. They are broken down below.

Talons - This is basically for power armoured dudes on foot without jump packs. This gives all of these units Infiltrate, very Raven Guard and infiltrate is now a lot better! It also give them all Shrouded (6+) if they are the target of a shooting attack that is over 8inches away. This is a cool set of rules, and given that the bulk of most RG armies will be made up of Talon units this will be your bread and butter no doubt!

Falcons - This is basically your heavy infantry and dreads. It allows you to re roll 1’s to wound in the assault phase when you charge. Useful but doesn’t feel quite as good as the Talon’s option.

Hawks - This is for cavalry and flyers. These units gain Shrouded (6+) or increase to (5+) if they already have Shrouded, as long as they run, move flat out or move as a zooming flyer. Useful no doubt and no range limit on this one but again Talon’s feel like the winners.

This is used in the shooting phase, when targeted by a shooting attack but before it is resolved you can make a move up to your highest initiative in any direction and then gain Shrouded (4+). If you make the shooting attack invalid then the unit shooting can not shot anything else. Love this! It will probably be best used on your Warlords unit due to the higher initiative or units that you know when be able to get out of line of sight. The Shrouded (4+) is going to save a lot of models as well. Remember Shrouded comes after armour saves.

The Bane of Tyrants - For loyalists, your warlord increases their attacks and strength by 1 whilst in a challenge or by +2 if that challenge is with your opponents warlord. Raven Guard seem to be set up in many ways to deal with characters and warlords, it will definitely be a pretty decent trait but will require you to be pretty aggressive with your own warlord.

The Hidden Hand - Either loyal or traitor, whilst your warlord is in reserve you can re roll all failed reserve rolls and when deployed he is his unit gain Fleet (2). Interesting and could work well with a Flanking Assault reserve as it would nearly guarantee them turning up in turn when you want them. Fleet will help to get them into position to cause some damage.

No Gods or Masters - Traitor, when in base contact with an enemy infantry or cavalry whose weapon skill, strength, or initiative is higher than your warlord, your warlord increase those to match the model in base contact. Situational could could be good when fighting people better than you. Most likely good for a Centurion rather than Praetor. 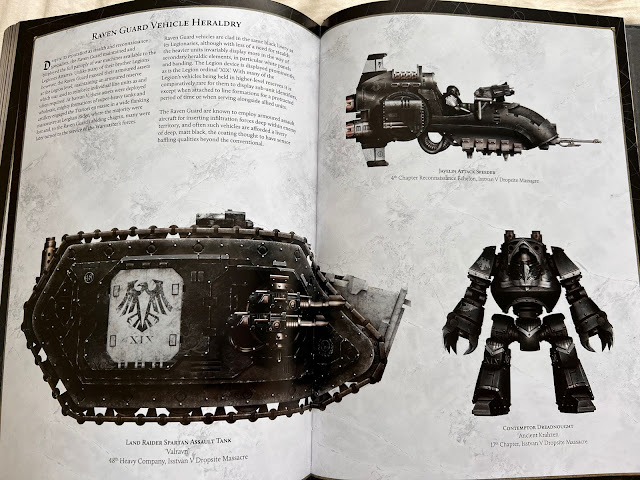 Decapitation Strike - A updated carry over from 1.0, some fairly big changes to it though. All RG models gain the Preferred Enemy (Independent Characters). Any model from assigned to a Deep Strike Assault or Flanking Assault gain Shrouded (5+) when they deploy. You also gain an additional 2 VPs for Slay the Warlord. Big limit is only 1 Heavy Support. This seems really solid and no doubt will be a very common selection for Raven Guard. It is very set up on killing your opponents warlord.

Liberation Force - Very restrictive and will require a really specific army build. You have to select an allied detached of Solar Auxilla or Militia. Further more you need 4 such units. The upside is you can gain Stubborn for a turn, your allies gain Stubborn all game and RG units within 6 inches of any model from your allies gain Hatred (Everything). You need to really want to build your army in a particular way but it does seem strong, as long as the army appeals!

Raven’s Talons - These are lightning claws but they have Rending (5+) rather than 6+. Lighting claws are a winner in this edition and Raven’s Talons improve on this, so make use of them!

Infravisor - This can be taken by any RG character, it grants night vision and +1 ballistic skill. Nice upgrade, it will depend how often you think you be fighting at night time or if you want to choose night fighting yourself.

Cameleoline - For Praetors or centurions, it gives Shrouded (6+) or improves they Shrouded already on the model by 1. Seems like a pricey upgrade given that if they fit in Talon’s category they already gain shrouded. 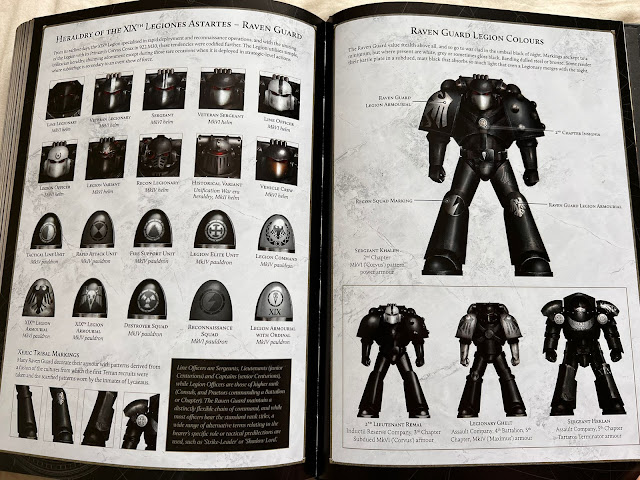 Corax is looking rather nice! He give your whole army Scout and Crusader rules, this is a rather nice ability Scout on top of your infiltrate will really allow you get up close and personal from the get go. He has lost his 5+ invun from the previous edition and has had it replaced with a 4+. This brings him inline with all the other primarch’s but what sets him apart a bit more is he gets Shrouded (4+). Shooting him off the board is going to be very hard. His jump pack gives him a 14 inch move and deep strike. As for his combat ability, he is rather good! He is able to choose between 3 rules at the start of each assault phase. Overall he is a combat master and will destroy everything that isn’t one of his brother, where he is more likely to struggle some but I think he will be seen in many lists.

Well these look good now! They have gained an extra wound, access to basically most of the decent weapons, including the Nemesis bolter which could be a very defining gun of this edition. What makes this even better is that the have Relentless so they can move an shoot those loverly heavy weapons. They still have the Fatal Strike special rule, which gives all shooting weapons Rending (4+). It does however not allow this rule to be applied to any weapon with template or blast. The other thing of not is no way to them score.

These have gained an extra wound. Only Weapon skill 4 but you can have three Chooser of the Slain if you have 9 in the unit, these Choosers have artificer armour and an additional attack over the Dark Fury. They also have Precision strikes and Sudden strike giving them a nice boost in combat. Again these look good and will be a great unit to put with Corax as they can match his move and provide plenty of access wounds for him.

Whilst they feel a little low on units, the ones they have are a lot better now. I think the RG look like a good fun force to build and play, and would be worth choosing if you really like the idea of an all infantry army! The difficulty will be with how do you deal with vehicles! Raven Guard could be powerful and it will be good to hopefully see them in greater numbers on the tabletop.