Hi all
Games Workshop sent us this beautiful tome to review!
So all of you fans of Spikey Marines will be likely getting this new Codex. So the first thing to notice is . . . No World Eaters! Shock horror. But you may remember that WHC announced a little while ago that they will be getting their own Codex (which is fantastic news). 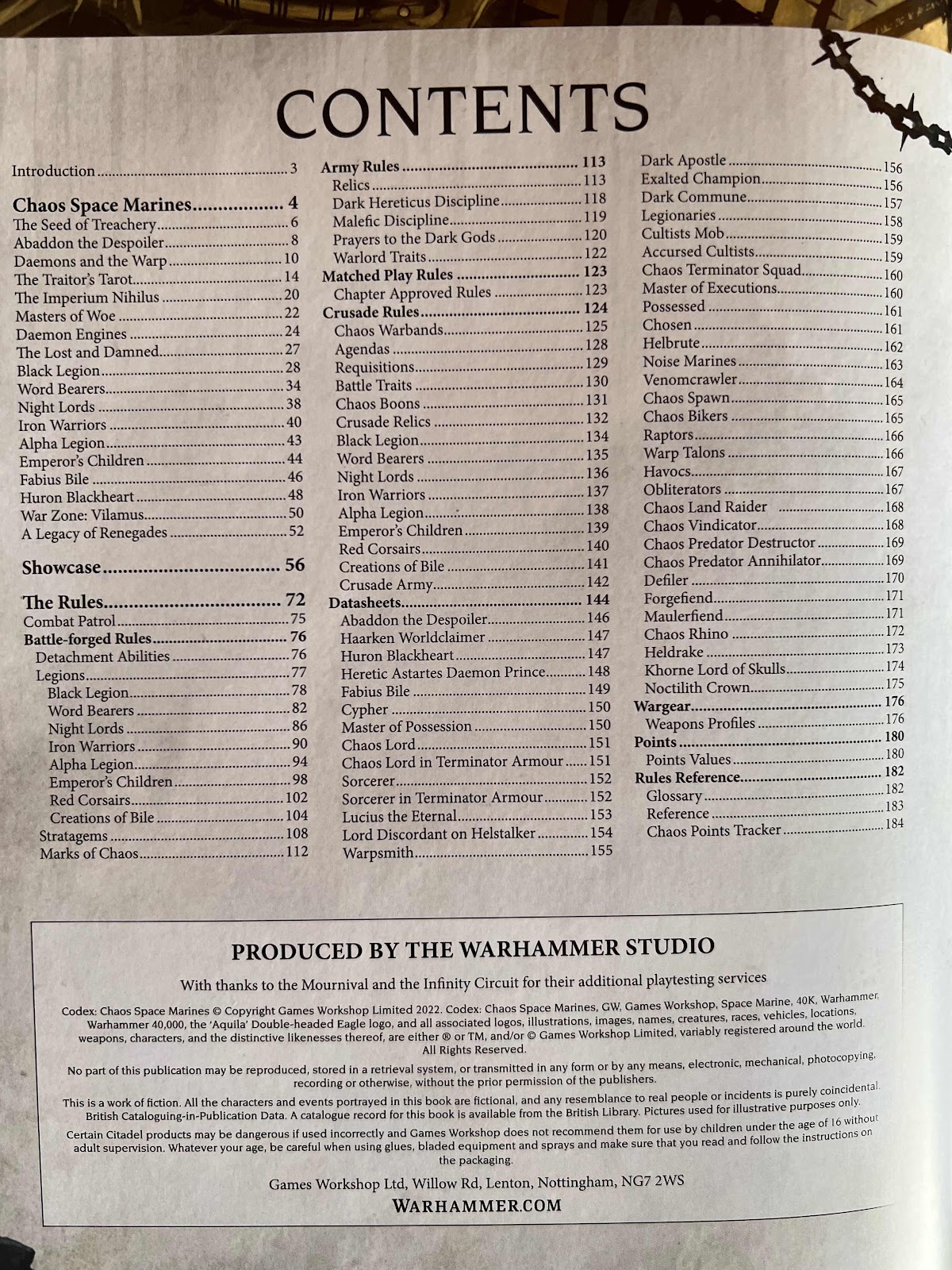 This book also has the rules to field the Red Corsairs (which I am sure you are aware were a fearsome force from the Badab Wars). I have just been listening to how they describe him in the Blood Reaver novel, and he is pretty awesome. His army can almost rival each of the original Legions in potency now apparently. 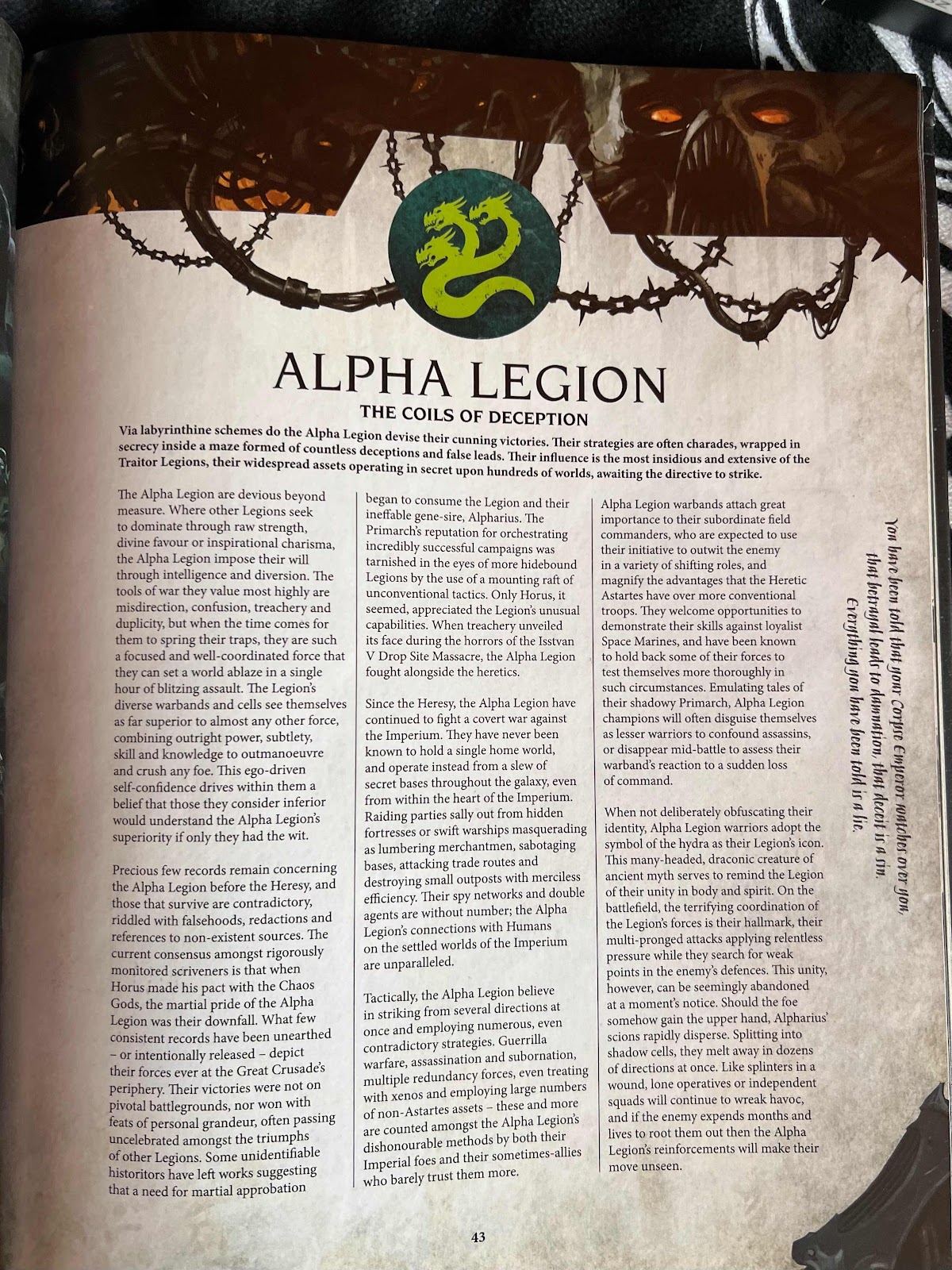 There is a decent page of fluff for each Chapter/Legion. It’s good that it is written from the perspective of a 40K only player with none of the spoilers that have been revealed during the HH book series. There are a lot of Crusade rules for the Legions.

The Red Corsair’s agendas seem to encourage you to pass the enemy/outflank to gain experience points for the Crusade games, whilst the Creations of Bile encourage you to “get specimens” for Fabius’ tinkerings. They seem to be able to experience up quite easily just by mucking in and killing in melee. 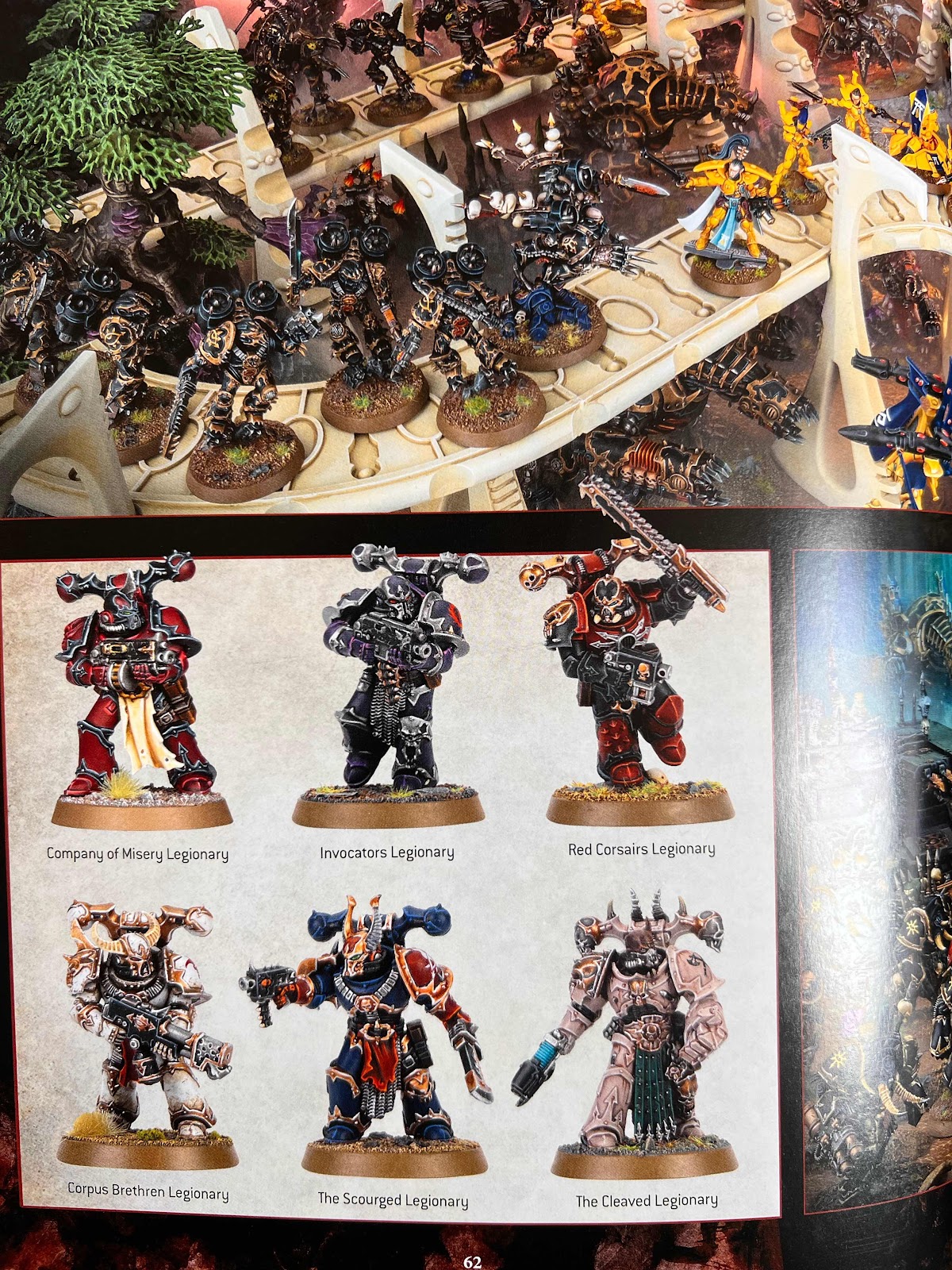 Nice to see some renegade schemes too. 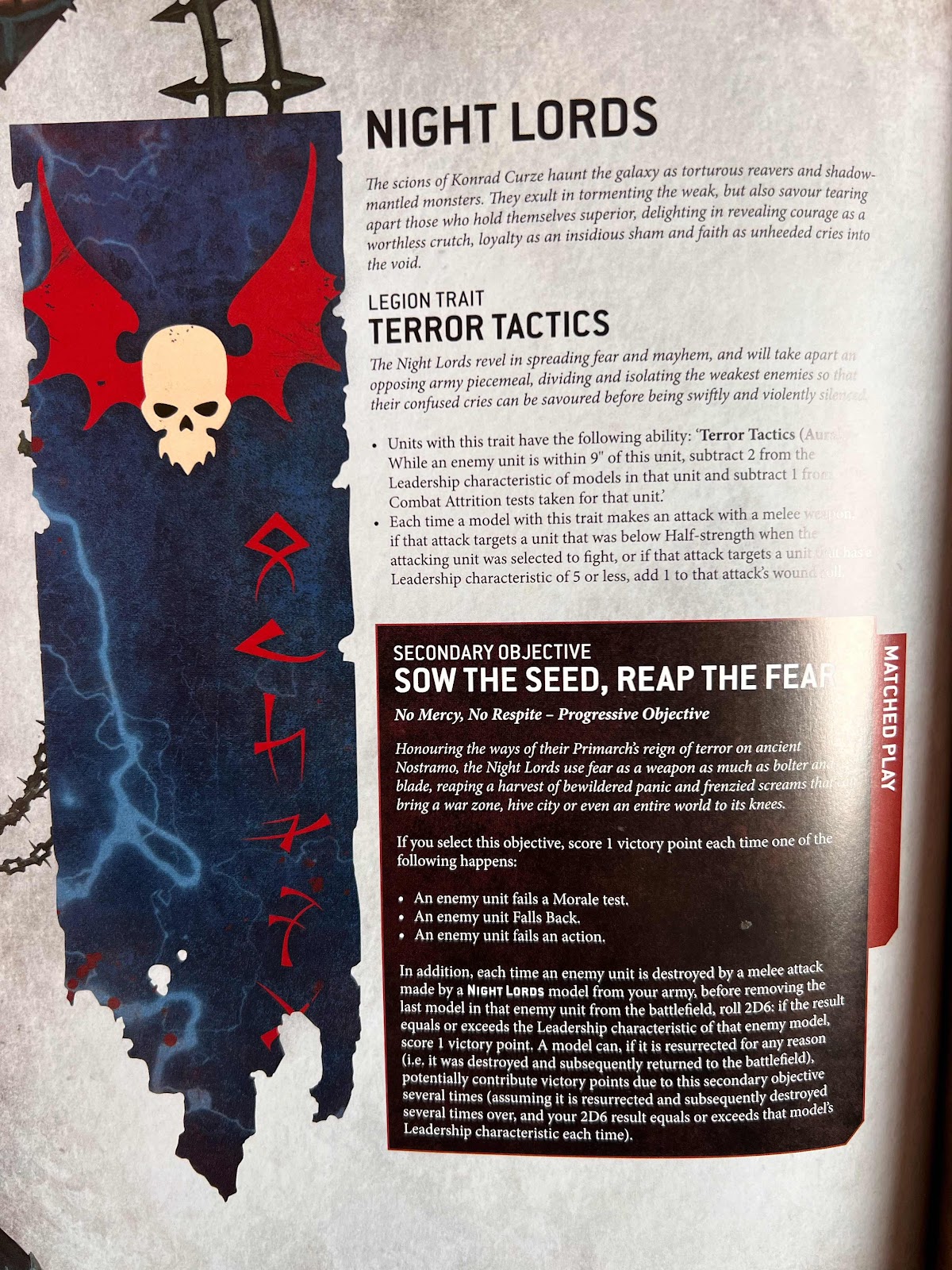 The Night Lords Legion Trait is pretty good for them too and fits with their character nicely. The Secondary objective seems fun to use too as it encourages you to get the enemy breaking with fear. Love the rule where you can roll 2d6 to beat their leadership upon removing their last model to gain a VP. 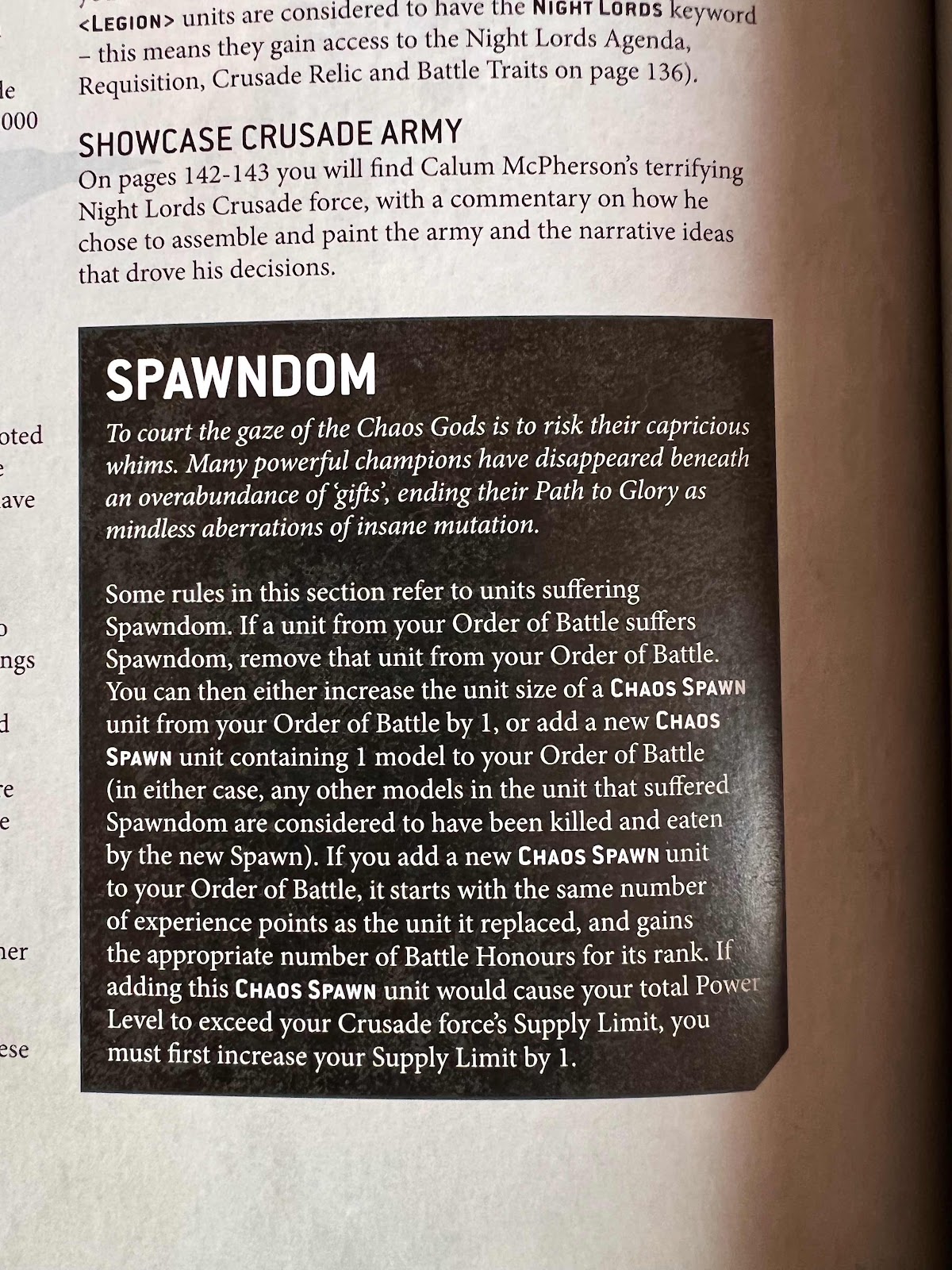 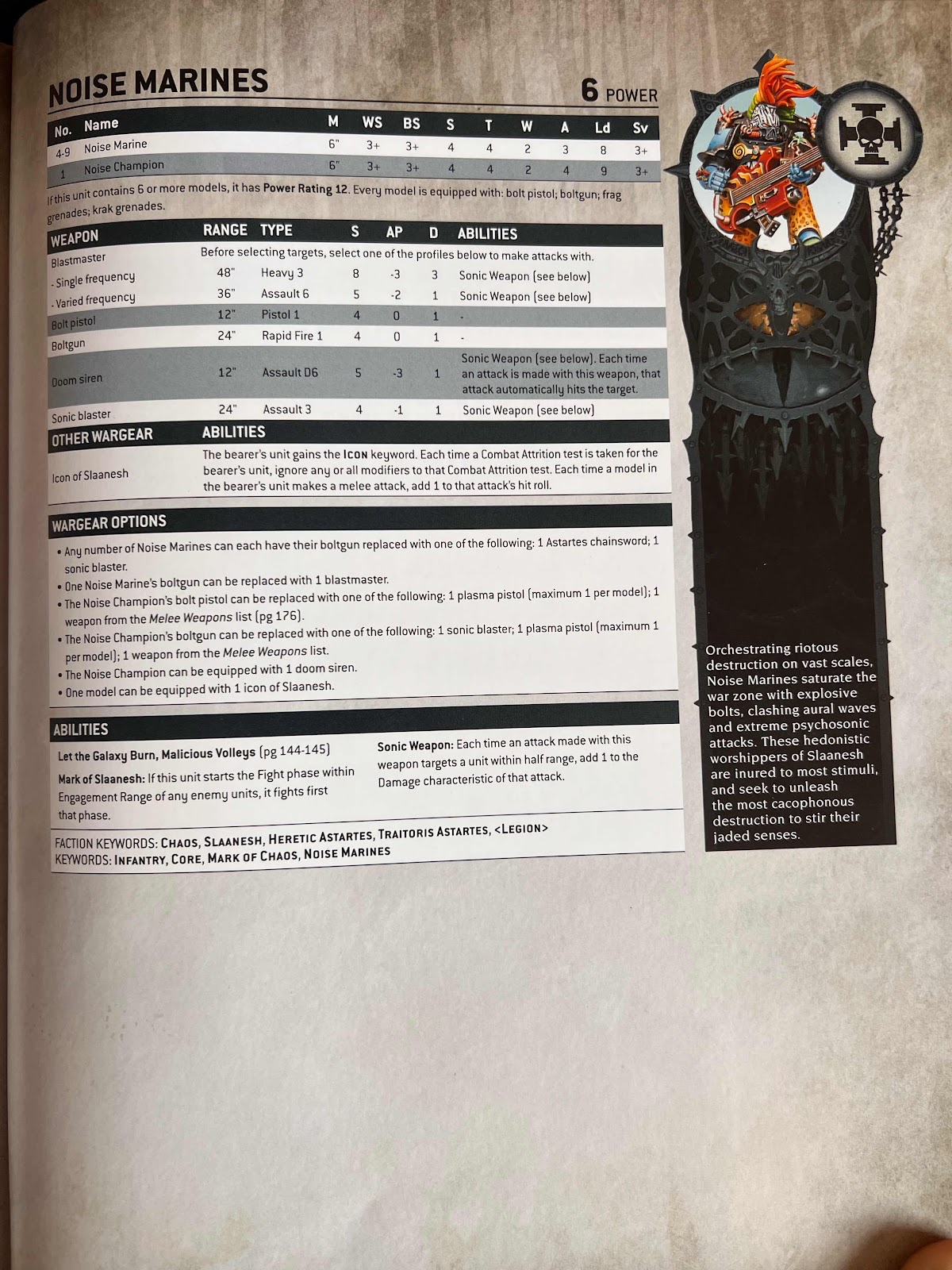 Nice fun Spikey marines. Really getting me in the mood for World Eaters next!
Battle Bunnies.