Now that I have a lot of my troops up and running, it was time to start sorting out some transports for the Reavers and Justaerin. Also no legion would be complete without some heavy weaponry to back them up. So this week I have been working on getting my vehicles ready for base coating. This mostly involved added etched brass to the doors, as unfortunately Forgeworld don't make any resin doors for SoH.

First up is a Spartan Assault tank. This will most often contain 10 Justaerin with attached characters. 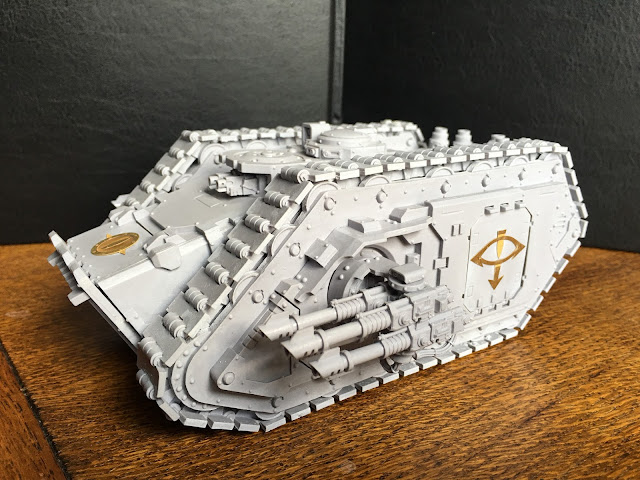 To add further support to the 10 Justaerin riding in the Spartan, I have a Land Raider MK2B. I think I will be transporting 5 Justaerin in this, though occasional it may be used for 10 Reavers. 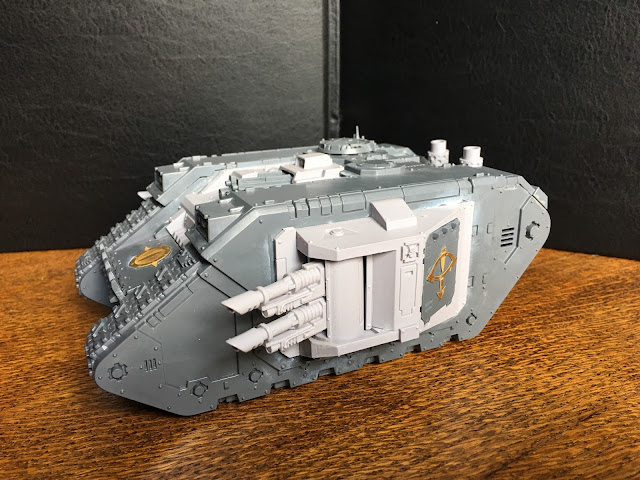 My main plan for the Reavers is to drop them into the battle in Dreadclaw drop pods. I have 2 ready to go and a third awaiting construction. 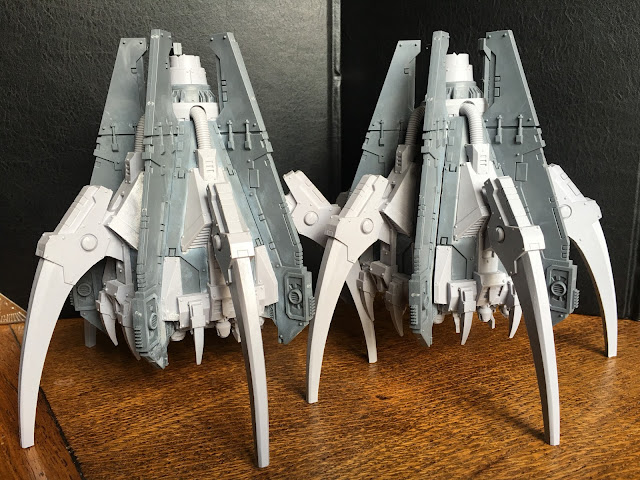 Horus made sure that his legion had access to latest equipment. One such piece of equipment would be the Sicaran Venator. This tank was not produced on mass until the end of the Great Crusade, as such not many legions would have had access to them until the Heresy was about to begin. We Bunnies have decided that given Horus' importance his legion would have had prototypes to test and who better than the First Company to do that testing! As such the SoH would be one of the legions that could make use of this tank during the Great Crusade era. 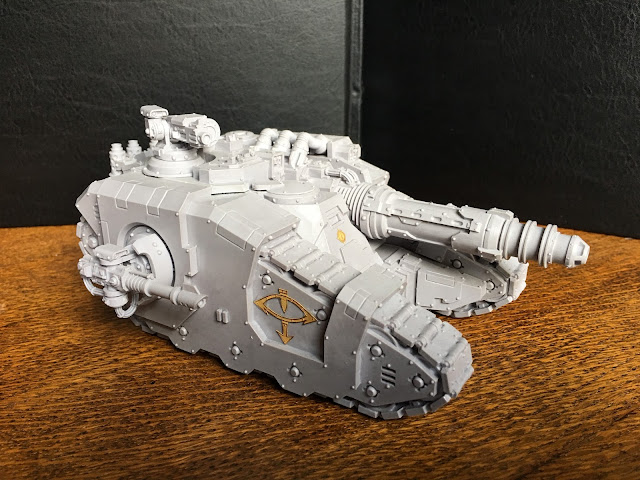 I haven't just been adding etched brass to tanks, I spent this week building a Fireraptor gunship to provide my feet on the ground with some close range fire support. 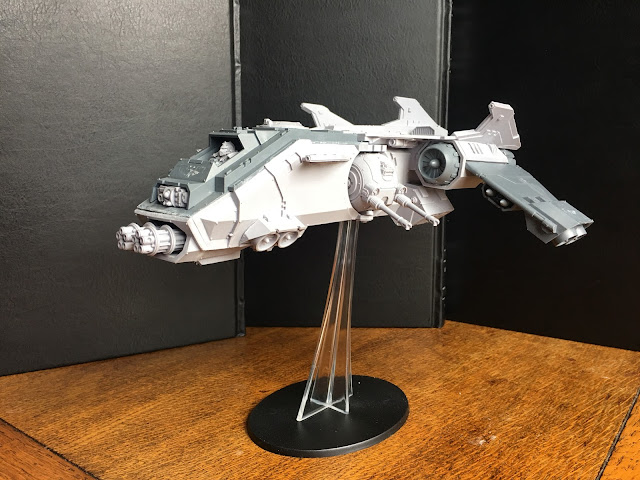 I ran out of etched brass and have more on order to add to the Fireraptor at the front and on wings. Also in the order I have 2 siege vindicators and a Leviathan to provide a few more heavy guns to the legion. I am planning on added a Mastodon as well when it finally becomes available, as I want a sweet ride for my other 20 Justaerin!!

I have now set back to work with painting the 11 Justaerin that I haven't done yet whilst awaiting my order. Once that arrives it will be construction time and then a very large spray sessions to get all these vehicles undercoated.